Does a Free VPN Give You Free Internet Access?

VPN technology was originally intended for use by large enterprises, educational institutions, and government agencies to securely allow distant users to access a private network. Since this technique also allows the remote user to surf the Internet through another computer, VPNs have evolved into tools for accessing the Internet while bypassing restrictions as well as protecting the user from internet monitoring.

The term “Free VPN” is commonly misinterpreted as “FREE Internet Access.” While VPN providers would love to provide that feature, a VPN (free or paid) will not provide free internet data since it requires the Internet to connect to a server.

A free VPN serves the same function as a paid VPN – to make it much harder or even impossible to trace and monitor an end-user’s online activity. It encrypts your network traffic and allows you to overcome Internet censorship or simply reach websites that are inaccessible for various reasons.

Most VPN services are paid, but some are completely free, or offer a free level of service. Unseen Online – Unlimited VPN provides an entirely free, ad-supported VPN service for Android and iOS devices.

Internet service providers may limit how much data a customer can use when they are subscribed to a data bundle. This can be an issue, especially when the customer is on a low-cost plan that has a very limited data allotment.

Your data always passes through your ISP before going anywhere else on the Internet, even if you are connected to a VPN server. Unfortunately there is no way around that. However, when you use a VPN app, the ISP cannot monitor your web browsing, because the connection between your computer and the VPN server is encrypted, and the connection between the VPN server and the website you are browsing is not visible to the ISP.

In short, when using a VPN, your ISP cannot see your actual data, but it can still see how much data you are using; therefore, data restrictions imposed by the ISP cannot be bypassed using a VPN.

When an ISP detects consumers engaged in activities such as streaming, it may decide to apply bandwidth throttling. ISPs decrease network bandwidth usage by reducing download speeds for bandwidth-intensive websites. As a result, the ISP can serve more internet customers without expanding its network capacity.

The ISPs ability to determine which sites and services to throttle gives them tremendous power which can be easily abused in the absence of Net Neutrality regulations. ISPs may choose to favor certain sites over others in a way that benefits them. For example, they may ask for a priority surcharge or even a share of profits. This can potentially disadvantage smaller startups and sites since they are not able to pay as much as the larger, more established companies and websites.

As explained above, when the consumer uses a VPN, the ISP cannot determine what sort of traffic is moving through its servers. All the ISP can see is an encrypted connection between the end user and the VPN server, but it cannot see the contents, or where the data goes from the server (unless the server also happens to be leased from the same company as the ISP, which is almost never the case, especially if you use a VPN server that is not located in your region). For this reason, consumers may effectively use a VPN to avoid bandwidth throttling.

In rare cases, the ISP may actively target VPN servers and apps, but this is very tedious and time-consuming since there are many apps with many different servers, and VPN providers are also aware of this and may switch up servers and IP addresses, resulting in a sort of cat-and-mouse situation.

One of the things you can look for in a Free VPN is the use of strong encryption such as AES 256-bit (or better). This level of encryption offers a better possibility of avoiding bandwidth throttling. Some free VPNs don’t even offer encryption, they are simply proxying your data, so in this case the ISP can still see everything. Make sure to check the encryption used by the VPN app.

Even if you do use a paid or free VPN, it is still not guaranteed you would be able to bypass bandwidth throttling, since the ISP may simply slow down your connection regardless of the website you are using. 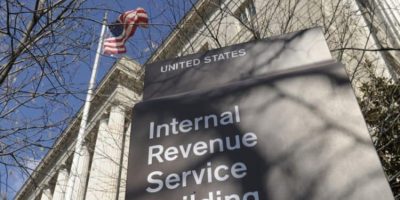