Kazakhstan’s government, according to reports, has been arbitrarily manipulating and limiting internet access throughout the nation for more than a week in an effort to suppress the protest. Leaving the public in the dark about whether or not the internet will ever be totally accessible.

The reasons for the shutdowns

It began on January 2, 2022, when people of Zhanaozen gathered in the city streets to protest the government’s lifting of liquefied petroleum gas pricing limitations. On that day, reports indicated that local internet outages were occurring.

Thousands more demonstrators joined in the days that followed, and it quickly spread across the nation. Internet outages persist; increasing numbers of individuals are unable to use mobile internet, and authorities have restricted many messaging applications (Telegram,WhatsApp and Signal).

On January 5, Kazakhstan’s authorities effectively shut down the internet, for nearly seven hours.

Over the following three days, residents in Kazakhstan continued to report frequent service disruptions and restorations. Recently, it looks as if the connection has been restored. The international community is continuing to follow the situation carefully.

Kazakhstan has done this before, and the situation is deteriorating.

How to circumvent internet restriction in such instances

Individuals may utilize TOR bridges to get access to the internet openly, as well as VPNs such as Unseen Online Unlimited VPN, a fully FREE VPN that enables access to restricted websites in the nation.

Continue reading at Accessnow to learn more and prepare for similar situations. 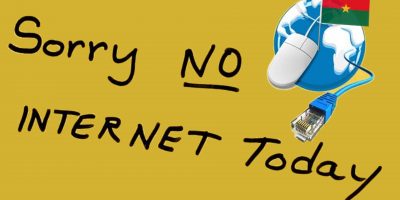